Here are a couple of SYW Prussian Cuirassier units that needed some finishing touches.
The flag/vexillum, sabretaches, minor details and basing were completed last weekend and they have come up quite well.
Foundry figures.

The Gardes du Corps only had 3 squadrons but I gave them the standard 12 figures.

The Friedrich von Brandenburg Cuirassiers were a solid unit with combat service against the Russians and had a nice colour scheme. One figure lost his arm...so if anyone happens to have a spare...😁

I'm working on some infantry next, then perhaps some artillery. 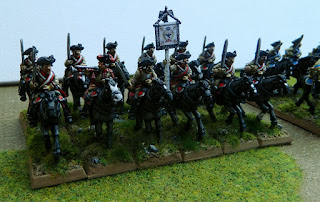 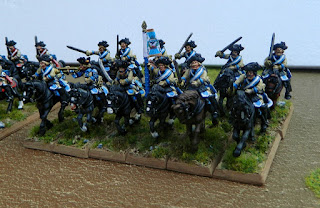 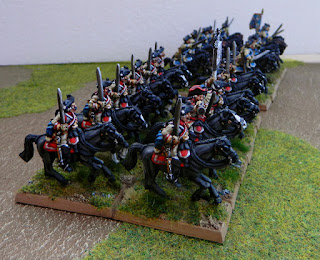 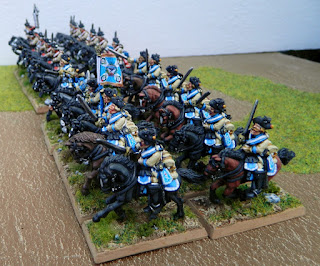 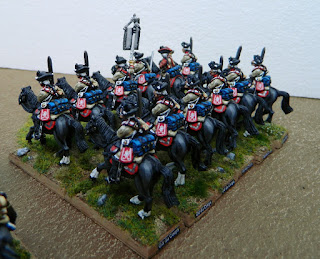 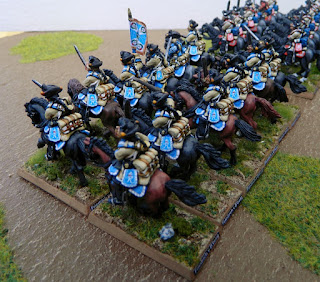 More labels for when I get senile
Posted by Mick at 5:29 PM