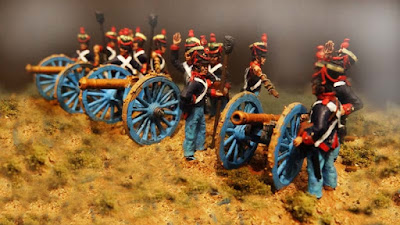 Viva Santa Anna! Just finished these Mexican artillery guns for the 1836 Texas campaign, also any other service El Presidente deems it necessary for them to undertake. The guns are old ones I had in the spares box, the gunners are from Orinoco Miniatures. 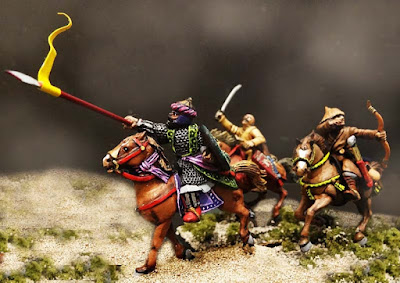 I bought some of the Fire Forge plastic Mongols to see what they were like. They are very nice. Here are a couple of them with the Gripping Beast Saga Moorish Warlord. 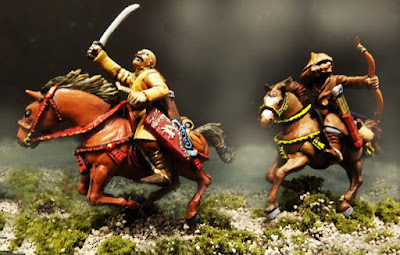 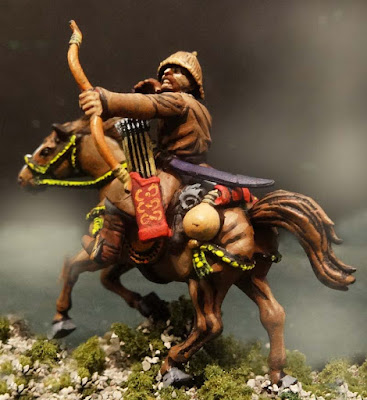 Here are the French forces to battle against the British from the previous post.
They are mostly Pendraken figures from the "old" range. Whatever that means. The only slight negative is that all the mounted command figures have the same pose.
Like the British they are based 6 figures to a 20mm square base, but the French only have 6 stands per battalion. So far I've painted 4 regiments, each with 3 battalions.
Mick
﻿

A brigade of 2 regiments with an artillery battery. 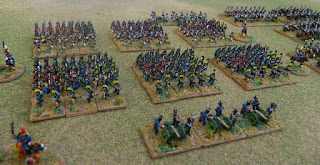 A second brigade of 2 regiments. Leger battalions up front. 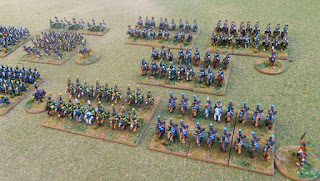 Chasseurs, Hussars in the first line followed by 3 regiments of cuirassiers.

Army command stand with the Emperor himself. 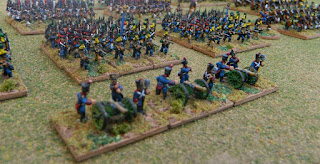 Out of focus look at a foot battery. 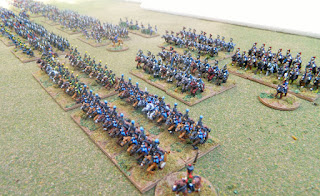 Another angle of the cavalry. 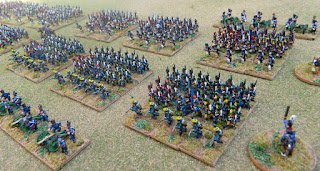 Another angle of the infantry.
Posted by Mick at 3:41 AM 4 comments: