﻿
﻿
To begin the year with something a bit different I've decided to post some pics of the 10mm Napoleonics I was working on last year. (It's 2017 already here).

Space has become an issue at home and I wanted the challenge of painting figures of this size. I also wanted to play larger games with more units on the table.

Quite a while ago I got Andy Mac to paint a large number of British artillery and crews to kick-start the project. Andy has painted a large number of samples for both Pendraken and Blaze Away. The artillery are from the Bend Sinister (Redline) 10mm range. Half of the infantry are also Bend Sinister and the other half are Old Glory. They don't mix in the same unit but work well enough in the same army.

The biggest cheat was the flags. They were taken from Warflag and reduced to fit. Each side of the flag had to be cut out and glued. It was a bit fiddly but there was no way I could paint anything as well as that. Terribly painted flags would have dragged down the look, even at 10mm.

Everything so far. Enough to play games with. 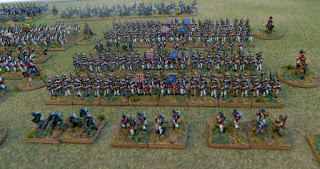 A couple of Brigades of KGL. Bend Sinister figures with Old Glory skirmishers and officers.

Two Guards Battalions and two line battalions plus a couple of companies of the 60th rifles. All Old Glory. 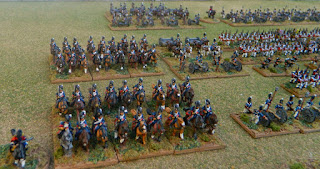 Two Regiments of Old Glory Light Dragoons. Really pleased with the OG cavalry. Some of the Andy Mac artillery in view. 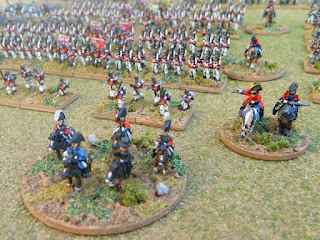 The 'Army' Command stand with Wellington pointing at something. 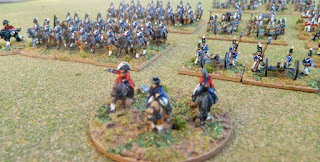 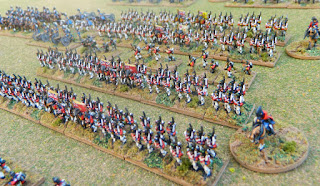 Another angle of the Guards infantry. 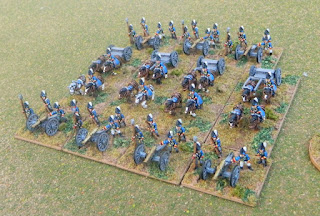 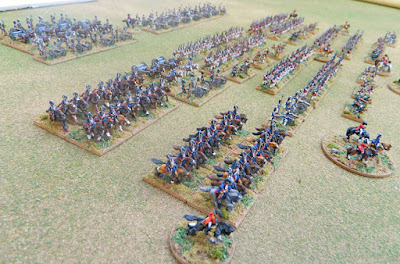 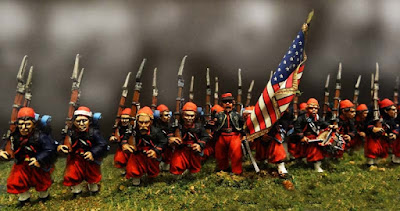 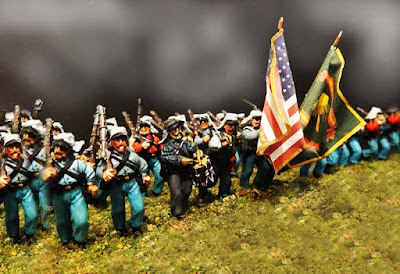 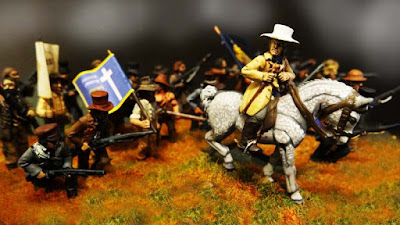 Here is my latest ACW project - The Missouri State Guard with Sterling Price leading them. Price is a conversion from the Front Rank mounted Napoleonic era Gentleman. The men are a mixture of 1st Corps, Empress, Eureka and Cannon Fodder minis.