I have just finished the first gun crew for my 35mm Homemade C18th army. I made the masters for these gunners about a month ago and got them cast this week. I painted them as French gunners. The gun is a 40mm Prince August home-cast model. 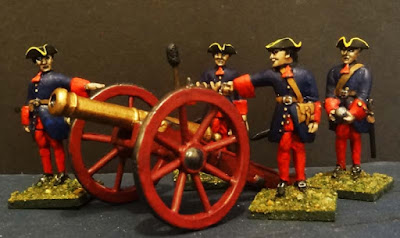 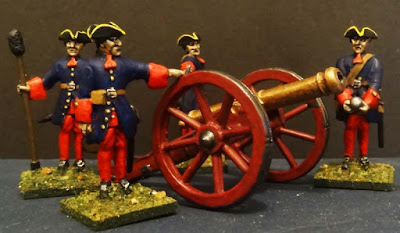 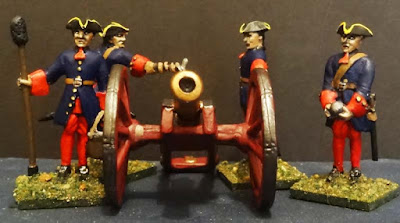 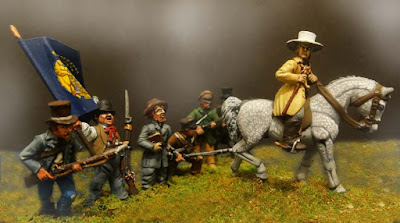 Here is a conversion I have just done. It’s Sterling Price Confederate General and commander of the Missouri State Guard in 1861. I have depicted 'Pap' Price, as he was known, in civilian clothes as he appeared at the battle of Wilson's Creek 10 August 1861. I intend to paint up a couple of brigades of Missouri State Guards who like their commander did not generally wear military uniform in the early stages of the war. The first photo below is of the original Front Rank mini of the mounted Napoleonic Gentleman from which the 'Pap' Price was made. I used Milliput to make the hat and extend the coat. 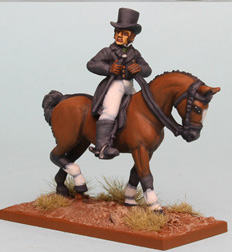 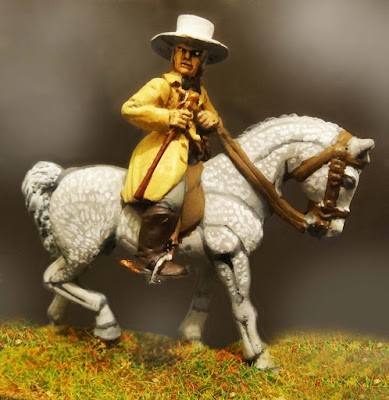 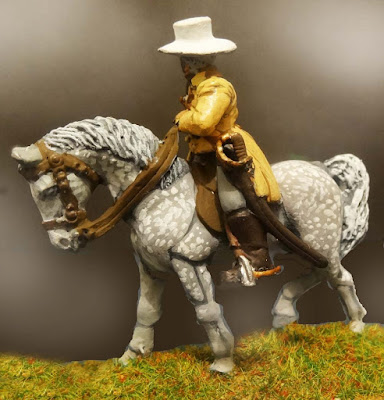 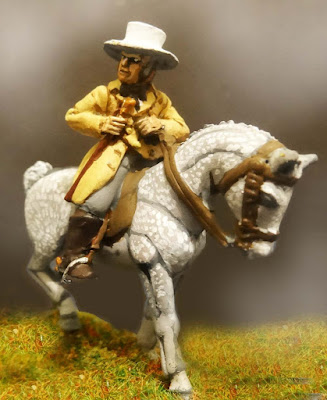