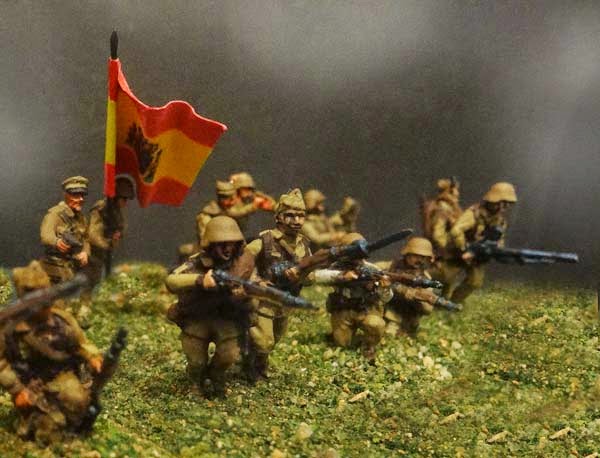 Here is a selection of minis that I have painted over the last few months. Above and below are some 20mm Minaron Spanish Civil War Nationalist infantry. This is a 28-30mm early medieval mounted command group. The General is a Mithril mini (Theoden) and the standard bearer is the GW Lord of the Rings Aragorn. 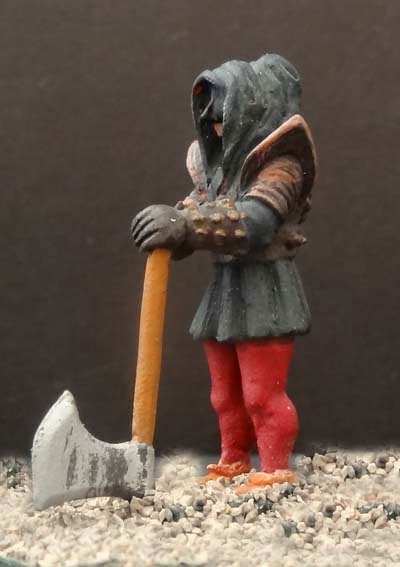 A really old Minfigs that I have had for several decades. I decided it was time I painted him. Quite a large figure, at least 28mm 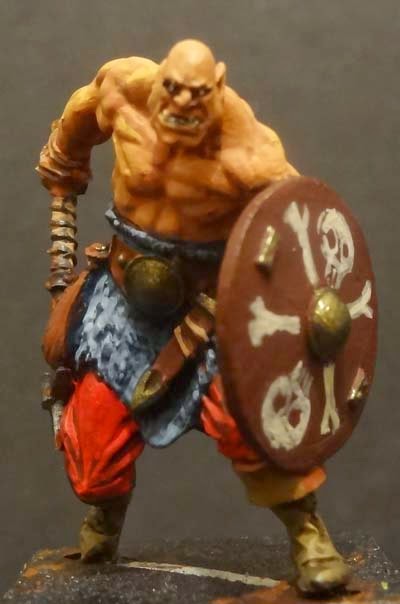 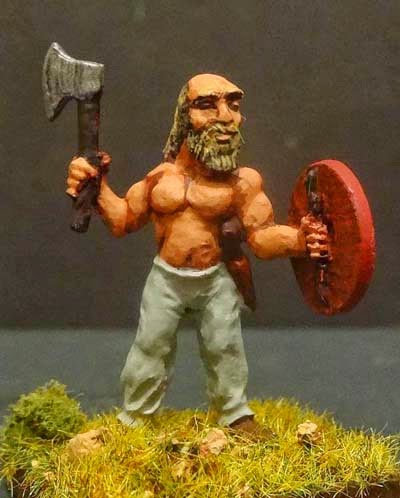 Found in a box of $1 unwanted minis. He is 25mm and painted up quite nicely. 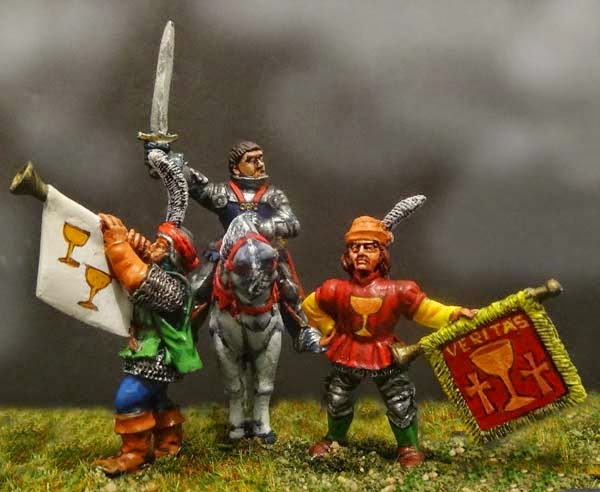 Here is my painting of the Hussite leader Prokop the Great. The figures are all 28mm Front Rank, as a matter of fact Prokop is Front Rank's Henry Vth. 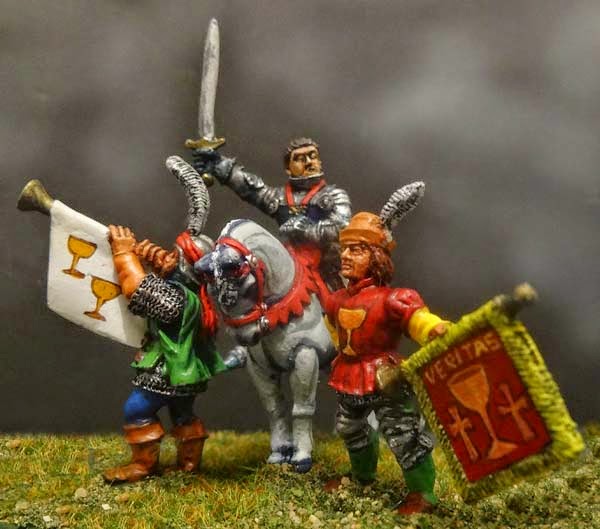 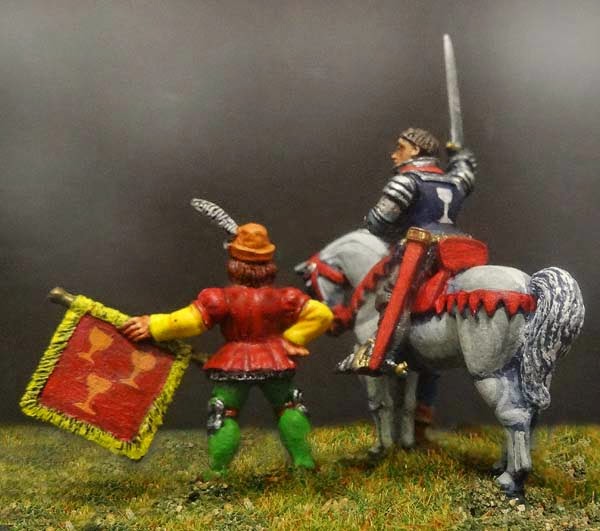 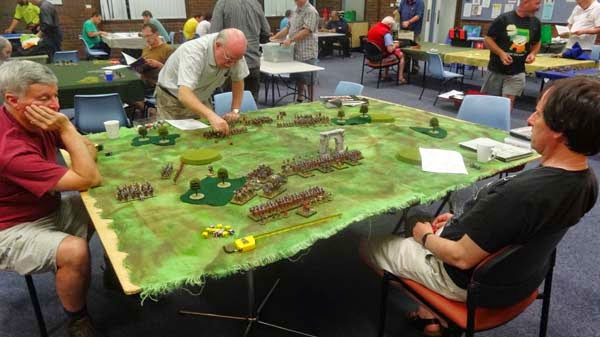 Here are some photos of the Hail Caesar game we played on Thursday night. It was a Roman vs. Roman affair 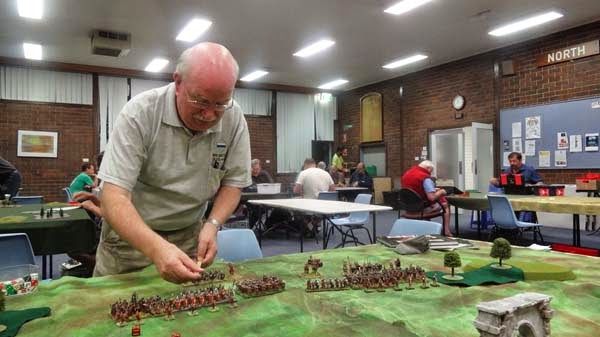 Organizing forces for the coming contest. 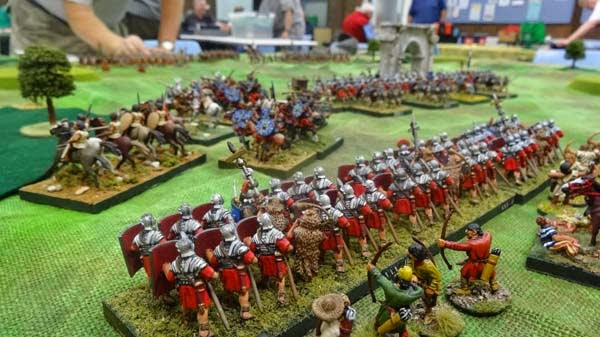 Looking across the table at the opposing army. 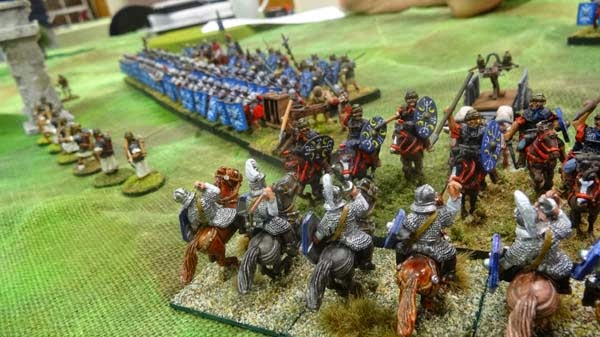 Cavalry clash in the opening minutes of the battle. 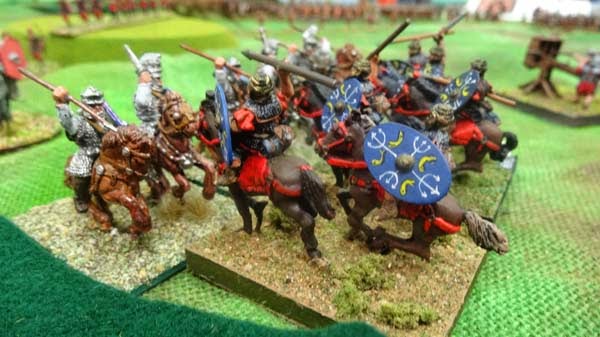 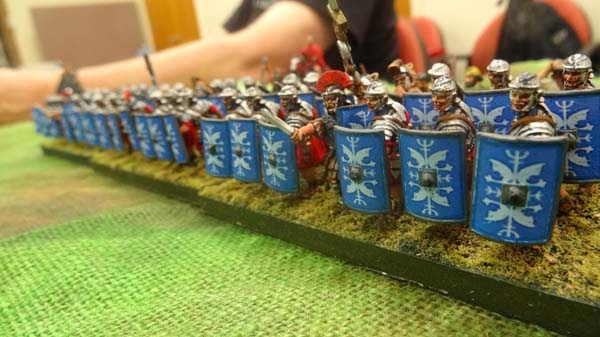 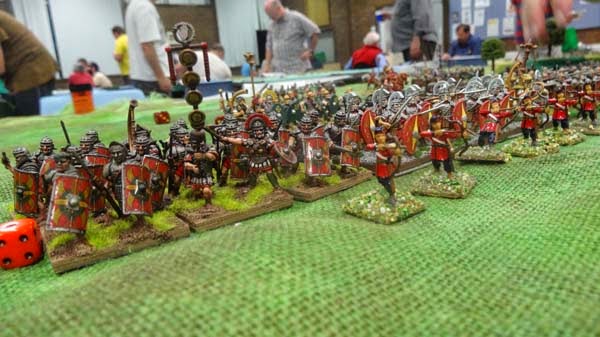 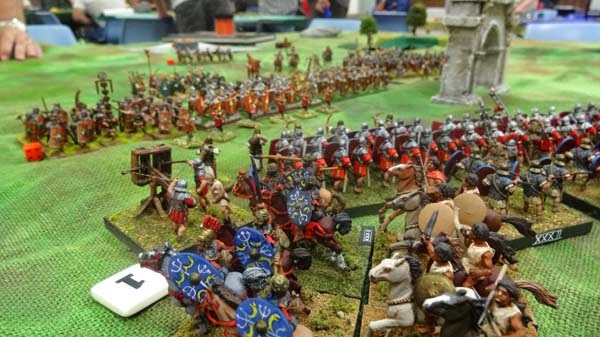 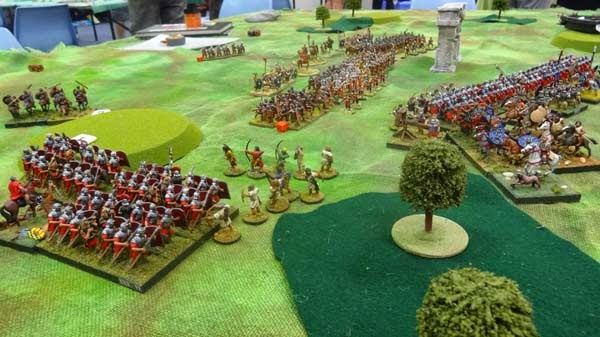 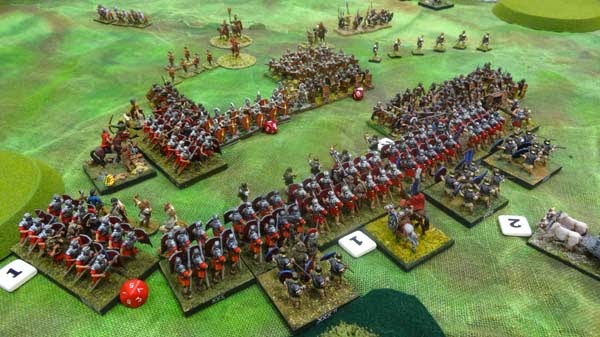 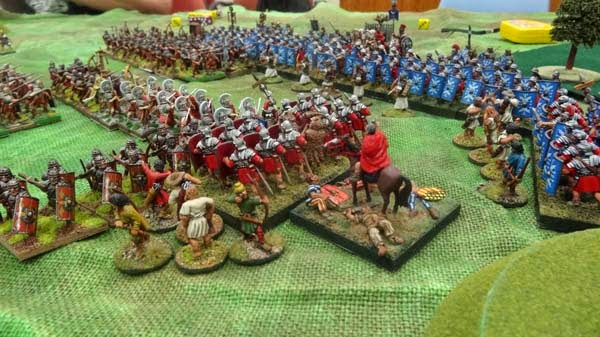 The division attacked in the flank collapses and the game is over.
It was a good game and like all Hail Caesar games flowed along quickly and without any hitches.
Posted by Tiger Zouave at 2:00 PM 3 comments: 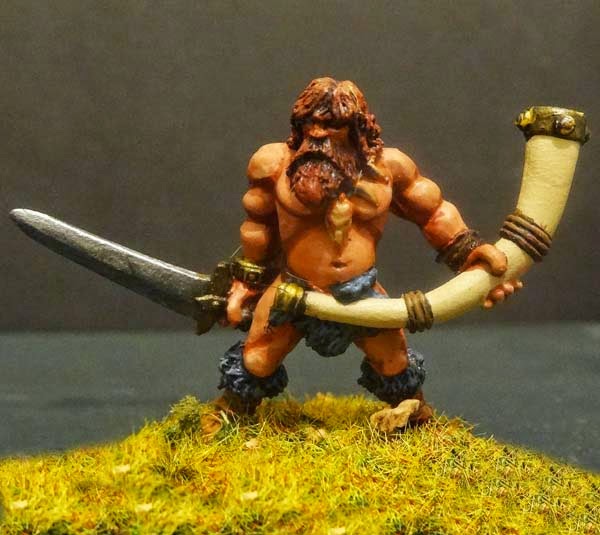 Sometimes you get lucky. A few weeks ago I was rummaging around in a tub of minis that had been cast aside and were being sold for $1 each. I found this fellow. He is perfect for a character in the dark ages campaign we are playing. He is the hero that carries the Horn of Rusika which when blown gives a combat bonus to all the Rusikan warriors within earshot. I painted the mini up and here he is.
Posted by Tiger Zouave at 1:48 AM 2 comments: