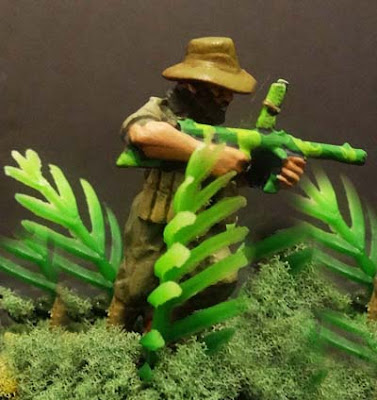 I have finished painting the Australian Commandos. Here they are. Nice figures but I really don't know how they can ever be used in wargame if they play their commando role. Their basic tactic, as one of them put it, was 'Punch and Piss off' which does not make a very interesting game. And yes Owen guns often came out of the factory painted in camouflage colors. I did a minor bit of conversion on the figure with the rifle turning it into an EY grenade firing rifle as by 1945 this was the only type of rifle they tended to use apart from sniper rifles. 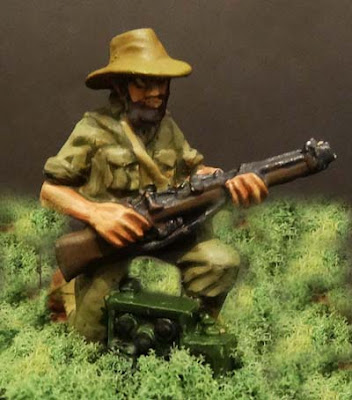 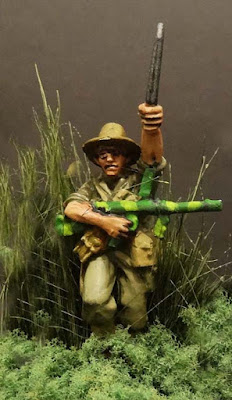 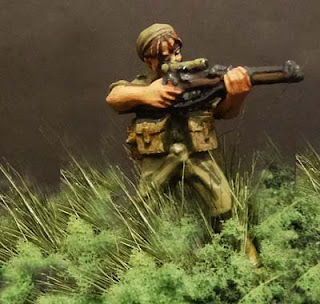 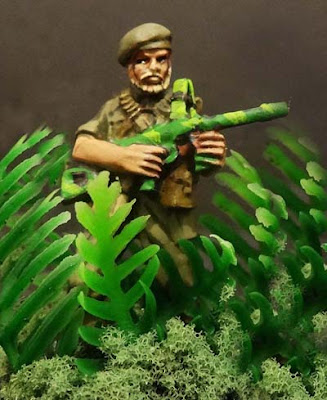 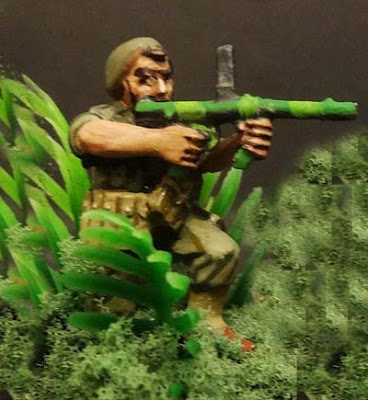 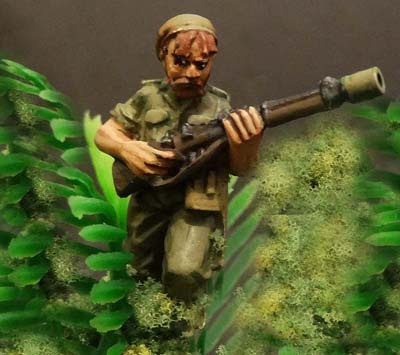 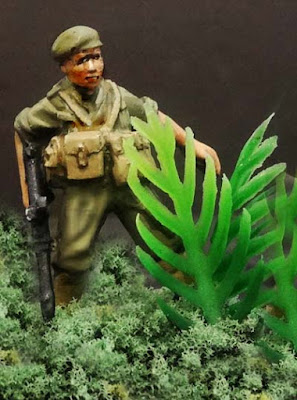 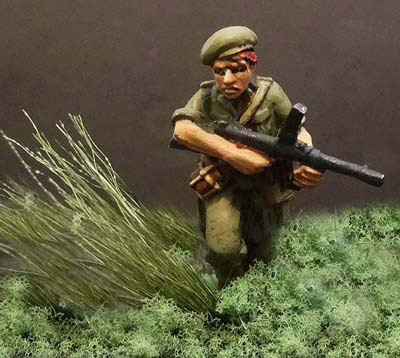 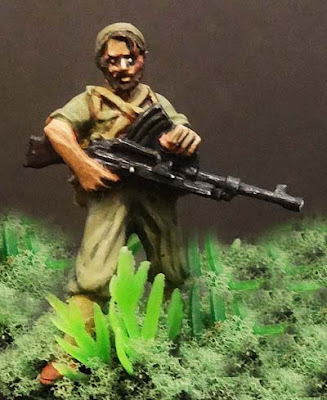 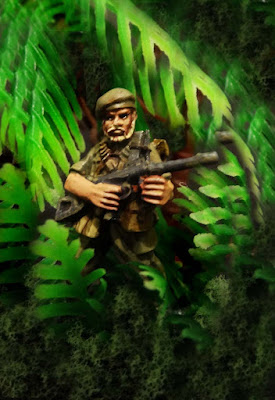 Just painted the first of the new Warlord Games WW2 Australian Commandos. Here he is. I got these last week. There are ten minis in the pack and I am looking forward to painting them.
Posted by Tiger Zouave at 6:04 AM 1 comment: