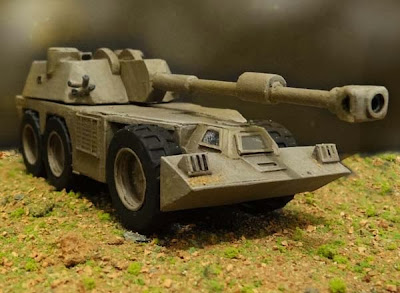 This is my latest 1/72 scale scratch built model. It is a South African G6 155mm Self Propelled gun. The model was made by Martin Small an incredibly talented modeller who lives in the UK. The model is a great addition to my growing collection of modern African Wars era AFVs. 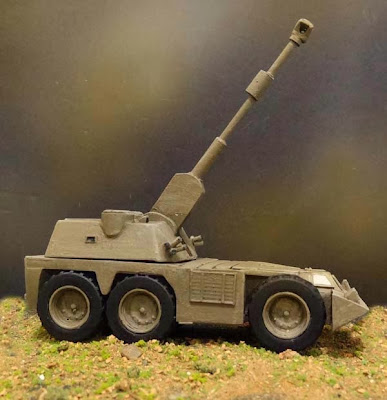 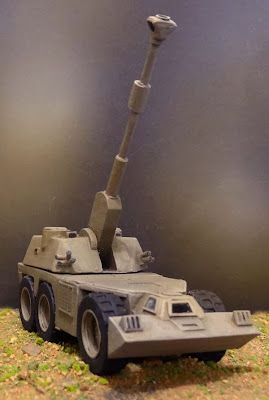 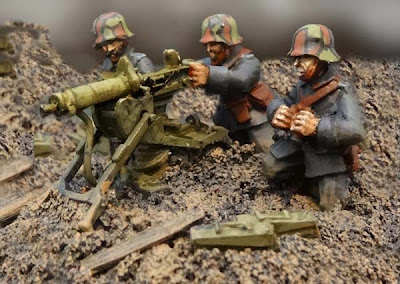 Here are a couple of German machine-guns ca.1918 I have just finished painting. The minis are Great War Miniatures. 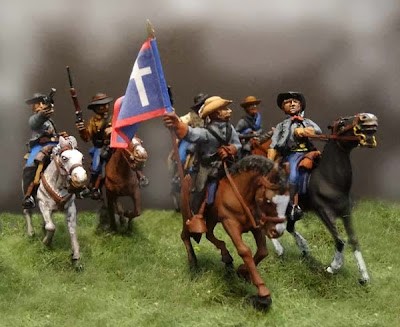 Just finished painting some Fenlon 28mm ACW Confederate Cavalry. These are beautiful figures. I painted them as Missouri Rebs. 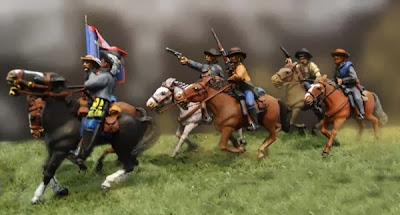 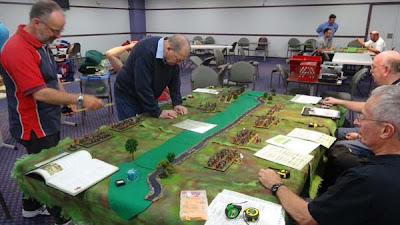 On Sunday we played the Battle of Gate Fulford, the forgotten battle of 1066. We used 28mm figures and Hail Caesar rules. Eight guys played the game. The photo above shows the table set up with the first moves under way. Gate Fulford was fought just outside of modern York between the invading Viking army of Harald Hardrada and the Saxon army under the command of the Earls Morcar and Edwin. 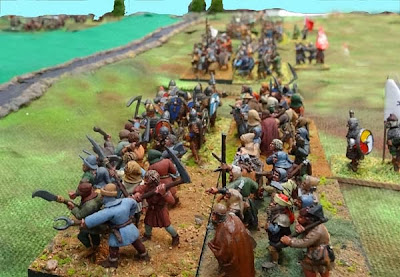 Here is part of the Saxon army.
The medieval peasants were good stand-ins for the Saxon Fyrd.

The Vikings had to first cross an area of boggy ground, represented by the green felt above. Then cross the stream to get at the Saxons. 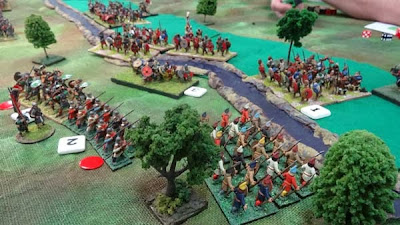 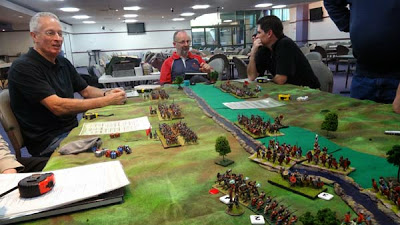 Commanders on both sides contemplate events. 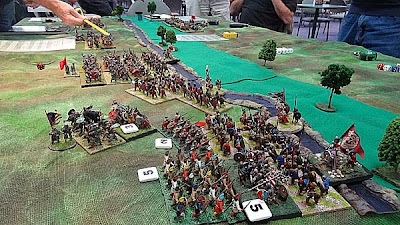 The Vikings launch a major attack against the right wing of the Saxon army. The Saxons fight back and both sides give as good as they get. 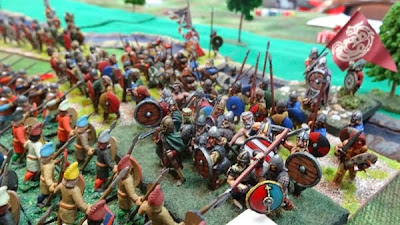 A close up of the fighting on the Saxon right. 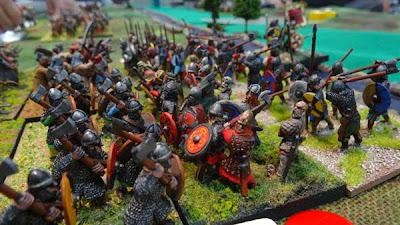 The fight above took place in the Saxon center as another band of Vikings crossed the stream and attacked. 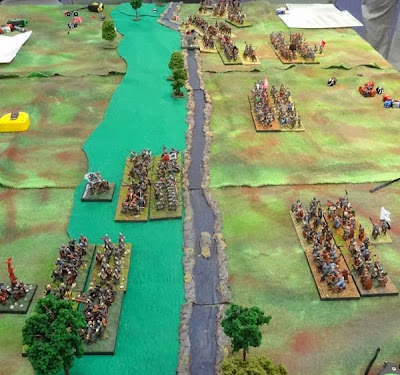 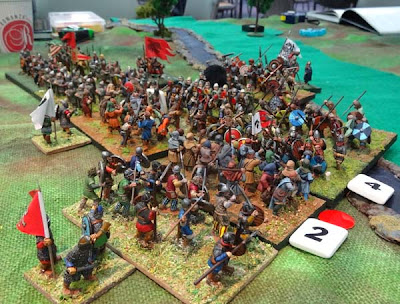 A Major brawl begins on the Saxon left as the Viking right wing crashes into the Saxons there. Despite fighting hard and inflicting many hits on the Vikings the Saxons are gradually pushed back. 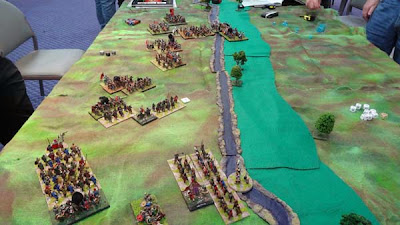 The game ends with the destruction of the Saxon right wing and the retreat of the Saxon left wing. Both wings of the Viking army close in on what is left of the Saxon army.
Posted by Tiger Zouave at 3:50 AM 3 comments: 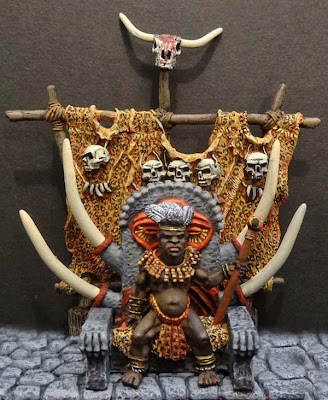 Here is Reaper's King Bonambi - I finished him today. A wonderful figure and a pleasure to paint.