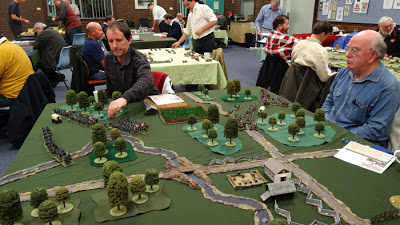 Ian, Chris and I played a game of Regimental Fire and Fury this week. We used my 28mm ACW minis. The main reason for the game was to get my newly painted Yankee cavalry into action. The game was a meeting engagement between a Union force and Confederate force moving in from opposite corners of the table. The objective was to control a small hamlet at a crossroads further down the table. Chris played Union infantry and guns and Ian played Confederate. I played the Union cavalry.

One Brigade of Chris's Yankee infantry with guns following march onto the table. Yankee cavalry ride on in the background. 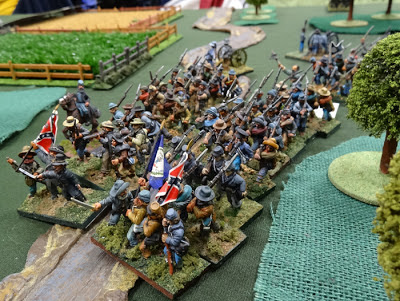 A Brigade of Ian's Johnny Rebs march on to the table - the race is on! 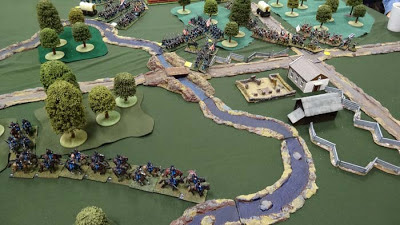 This lets you see what was going on. The two columns of opposing infantry are closing in on the hamlet cross roads. The cavalry is working its way around the flank with the intention of getting on the flank or behind the Reb line. 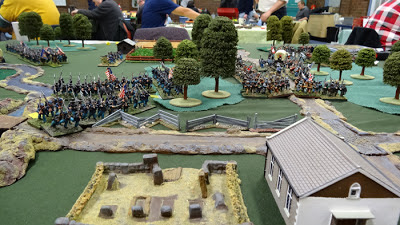 The two forces converge on the hamlet. 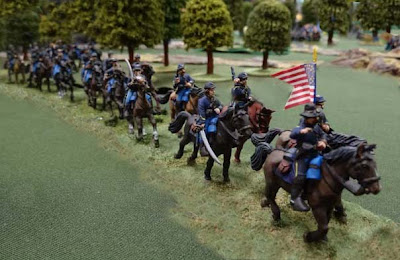 The cavalry make their way across the table with a degree of panache and decorum unknown to the grubby infantry. 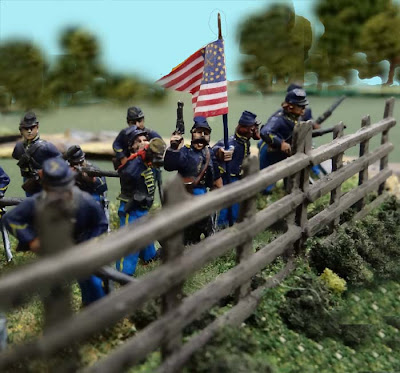 Dismounted, the Cavalry form up behind a fence. 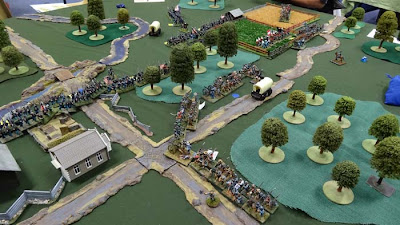 The battle develops into a contest between the infantry of both sides. In the distance the Rebs attempt to outflank the union left flank. In the foreground the Rebs refuse their own left flank because of the Union cavalry lurking out on that flank. 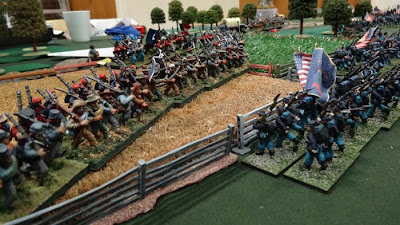 Over on the Union left flank the battle becomes close and personal. It could have gone either way on this part of the battlefield but lack of time available for the game meant that there no decisive outcome could be achieved.
Posted by Tiger Zouave at 6:57 PM 3 comments: 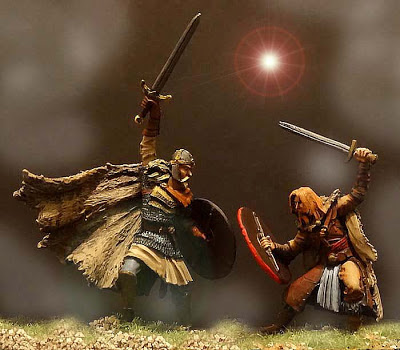 These are two Game of Thrones Wilding figures from Dark Sword Miniatures. I have just finished painting them and will use them as Vikings. Very nice, exceptionally well detailed and proportioned minis.
Posted by Tiger Zouave at 3:37 AM No comments: