Here are photos of my homecast 35mm C18th army as it currently stands. All the the figures are 35mm from toe to top of head. I have just finished making masters for artillery gunners, a Grenadier (Austrian style) and begun work on a Cavalry Trooper. I need to make a General or two as well. The figures on the left of the line are the extra stands that resulted from me reducing the numbers of figures in a Regiment from 32 to 24. I will touch up the figures with a dab of paint here and there, add some standards and there will be another three regiments fit for service. I am looking forward to using these with the Honours of War rules. 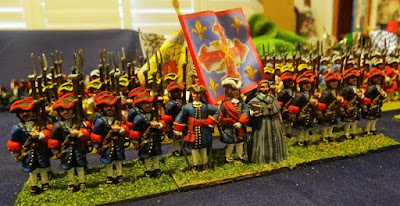 This is the 'Daniels' Regiment painted to the colors given to me by a wargames buddy whose names just happens to be Daniels. The regiment has its priest with it as they are a sanctimonious lot. The Priest is a Redoubt figure from their Three Musketeer line. It just happened to be the right scale for my minis. 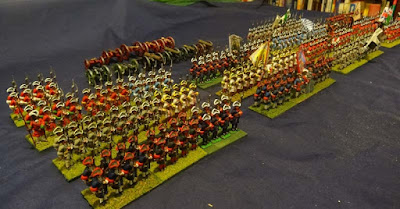 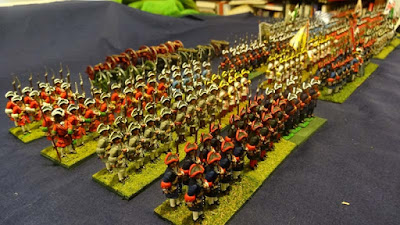 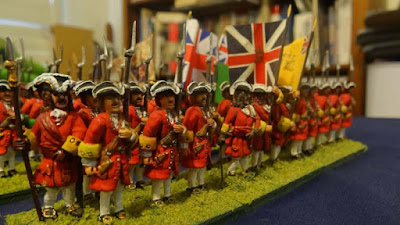 I made the original masters for these minis back in 1983, it was my first experiment with milliput. 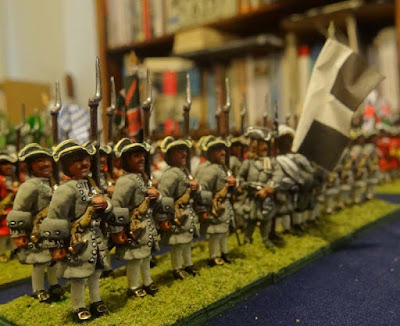 Same again only a French Regiment. 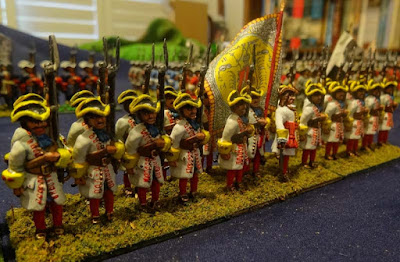 The 'Williams' Regiment in the colors given to me by another wargaming buddy whose name of course is Williams.
Posted by Tiger Zouave at 10:43 PM 6 comments:

Here are my completed fleets for Santiago July 1898. This project has been most satisfying as these ship models have sat in a box for almost 20 years. They are now painted and ready to set sail.

The American fleet at Santiago July 1898 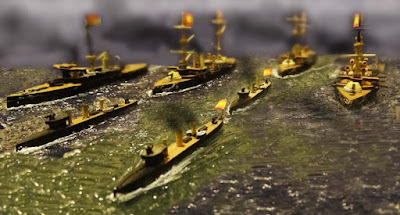 The Spanish Fleet at Santiago July 1898

Posted by Tiger Zouave at 8:47 PM No comments: 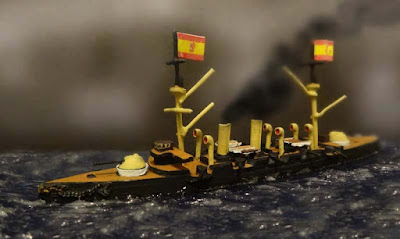 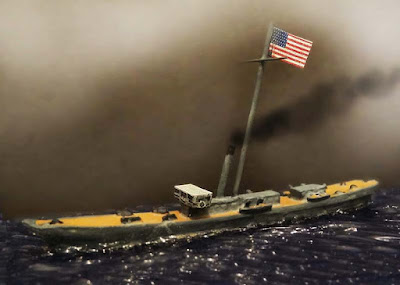 Finally after something like twenty years having them sit in a box I have painted and finished the two fleets for the naval battle of Santiago in 1898. Here are the last two models - the Spanish cruiser SNS Vizcaya and the American gunboat USS Gloucester.
Posted by Tiger Zouave at 12:56 PM No comments: 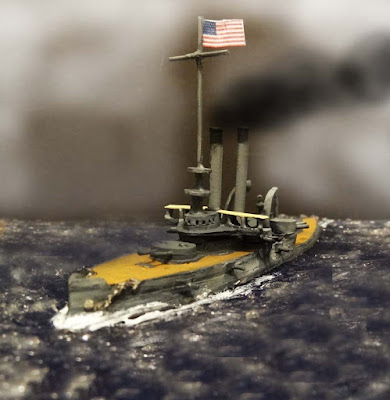 Here is my latest 1:1000 scale 1898 warship - USS Iowa. This one presented a few challenges. It came with quite a few parts missing including all the secondary gun turrets. I had to scratch build them. While I was at it I decided to make a flying bridge with a shade over it like I have seen in photos of the ship.
Posted by Tiger Zouave at 1:58 AM 1 comment: 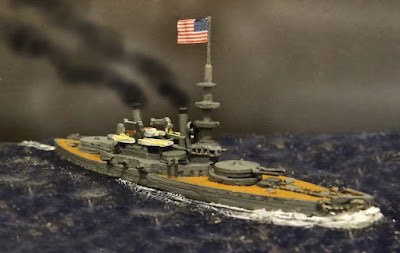 Before and after - the latest toy 'boat' for my collection - the USS New York ca.1898

Some More Flights of Fantasy

It's been a while between posts.  I've been cleaning out the figures box, trying to get some of the old gems painted up.  Here's a few 28mm fantasy bits and pieces from a variety of sources.  Sorry for the photo quality- they were taken on the mobile phone.

SNS Admilrate Oquendo
Here are the latest two 1:1000 scale Spanish 1898 warships to leave the paint pot.
Posted by Tiger Zouave at 1:12 AM 3 comments:

1898 US and Spanish Warships

I have finished the water effects on the bases of the 1:1000 scale 1898 ships I have put together in the last couple of weeks. I have all the ships for the Battle of Santiago Bay. These are the ones that I have completed at the moment. Now all I have to do is finish the other ten or so ships I have. In the pictures are the battlecruiser USS Brooklyn, the older battleship USS Texas, the battleship USS Indiana, the Spanish cruiser SNS Infanta Maria Teresa and the Spanish torpedo boat destroyers SNS Pluton and SNS Furor. 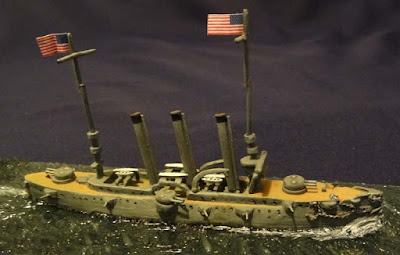