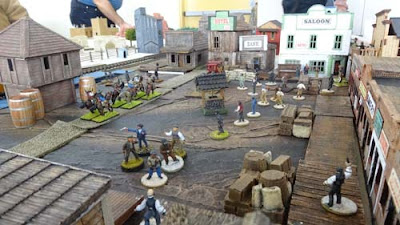 Here are some photos from a Wild West game we played recently. Set in the town of Purgatory the game involved a struggle between various factions including a gang of disgruntled soiled doves whose sole intention was to burn down the town. You can see some of these ladies in the photos. The town and 28mm figures were all supplied by Rex, one of the players. 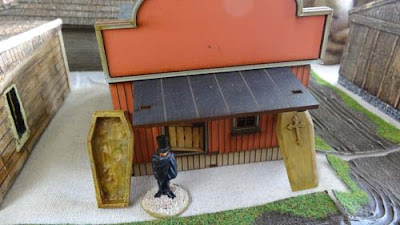 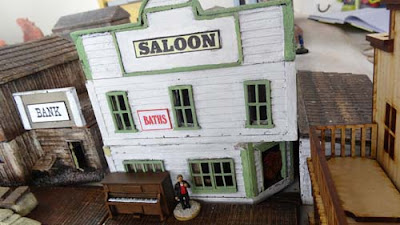 Social center of the town. 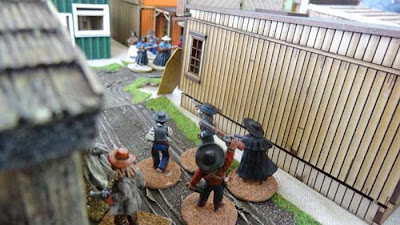 One band of gunmen close in on the soiled doves. 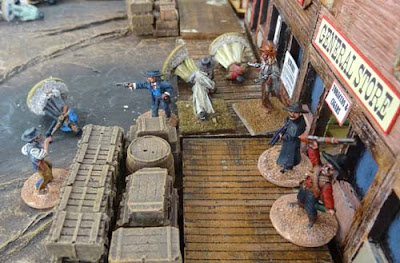 The end of a shootout with the soiled doves.
Several of the 'ladies' have been slain. 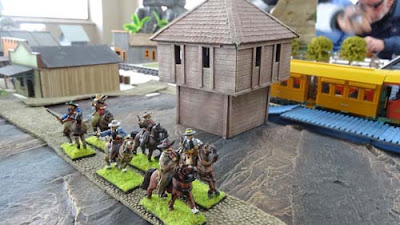 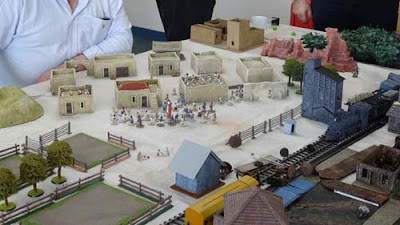 The Mexican Village across the tracks.
The people of the village were determined to defend themselves from the rampaging Gringos. 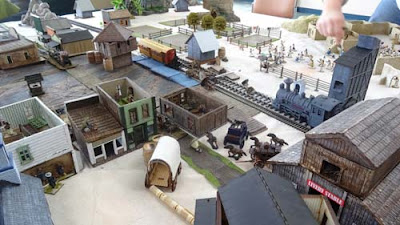 Those buildings without their roofs are on fire, courtesy of the ladies. 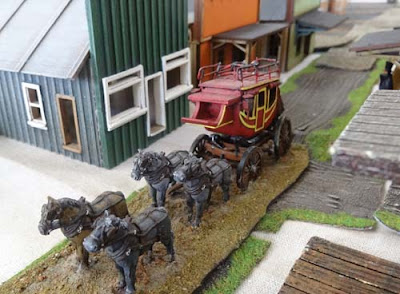