I suppose the Cardinal's latest post needs a word of explanation here. Yesterday Ian and I trekked to Goulburn which is about an hour from Canberra to play a game of Hail Caesar at the monthly meeting of the Goulburn wargamers. There were three game in progress: 28mm Hail Caesar - Romans vs Dacians, 20mm Rapid Fire WW2 and 28mm Might and Reason SYW. The games are played in spacious rooms at the Goulburn Soldiers club a fine venue with excellent facilities including a very good and not expensive restaurant. The Hail Caesar game went well. I had not played the rules before and was pleasantly surprised at how well they worked. The Rapid Fire WW2 game was set on a glorious table depicting a 1944 French town being liberated from the Huns by Americans. The Might and Reason game used beautifully painted 28mm minis from the Cardinal's collection and was a real treat to behold. Hail Caesar used equally good looking figures from Craig and Willow's collections. Here are some photos from the day. 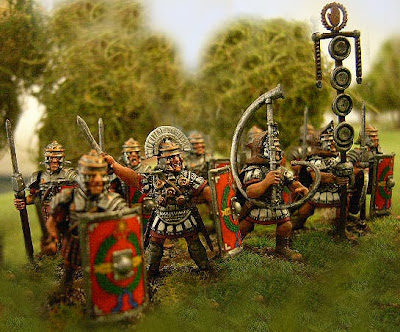 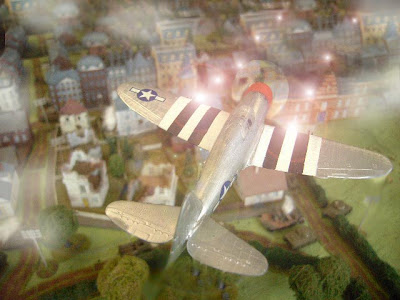 A P47 Thunderbolt roars in to strafe the hapless Huns in the WW2 Rapid Fire game. 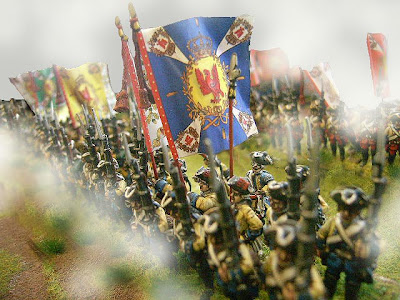 Some of the Cardinals lovely 28mm 7YW minis. 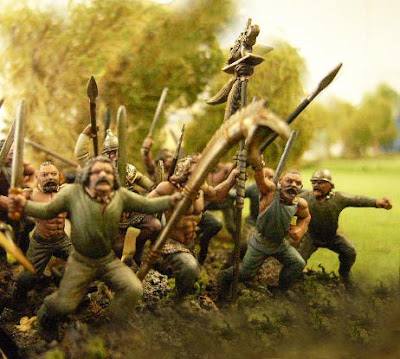 Hairy Dacians getting ready to rip into the Romans during the Hail Caesar game. 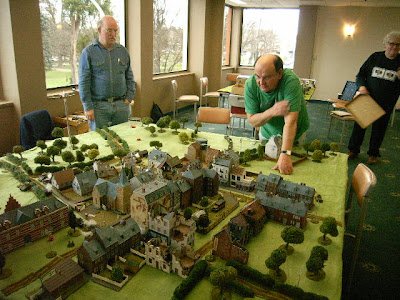 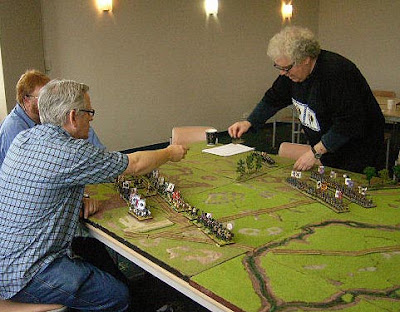 Dave (left) making an obviously very important point to the Cardinal (right) during the Might and Reason 7YW game.
Posted by Tiger Zouave at 1:19 PM