Here are some photos of two Hail Caesar games we played Tuesday of last week. The first game involved two forces of Vikings attacking a bunch of Saxons on a ridge. On turn one half the Vikings blundered and retreated and the other half of the Vikings disgusted with their cousins set about winning the battle by themselves. The Saxons obliged by coming down from the ridge and a nasty brawl began. Eventually the Vikings prevailed over the Saxons and when the other half of the Viking army finally managed to organize itself enough to join the fray it was pretty well curtains for the Saxons. The second game was a head on clash between two Norman Counts. The knights, being knights went straight for each other and a very nasty fight began. At first it looked as if the knights of Count Rollo were going to sweep the field but then the knights of Ofa their erstwhile opponents pulled themselves together and managed to hold their ground. When the infantry of Rollo collapsed in a heap after fighting the infantry of Ofa it was all pretty well over for Rollo and he conceded the field. In all we played for about three hours, the games were great fun and flowed along without a hitch. 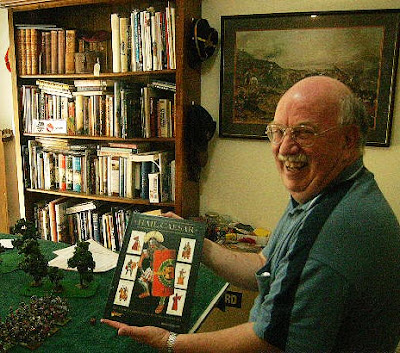 Ian proving that we were playing Hail Caesar 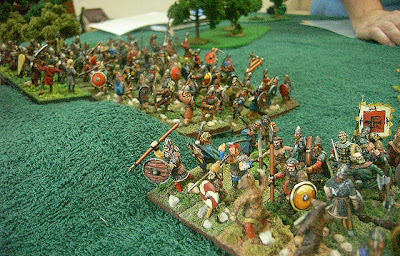 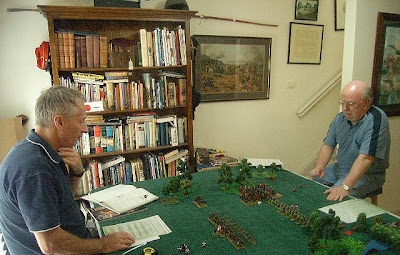 Ian and Steve considering their options 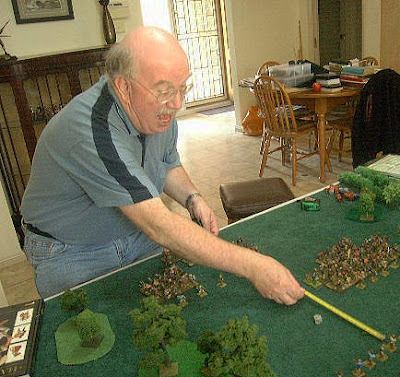 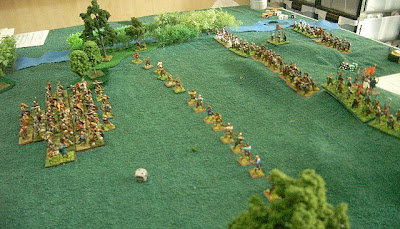 The armies close up to each other 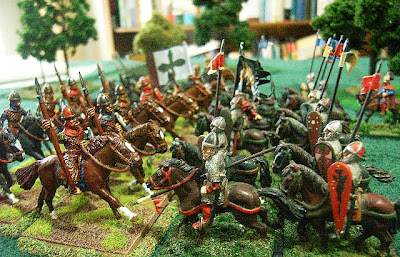 The knights clash in brutal combat 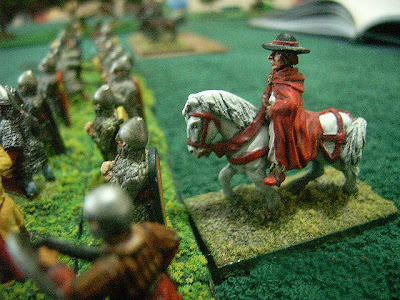 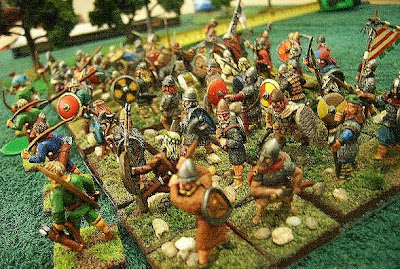 Exultant in victory the Vikings surge forward
Posted by Tiger Zouave at 3:21 AM