DEFEND THE SHIPS - VIKINGS AND FRANKS - A HAIL CAESAR GAME 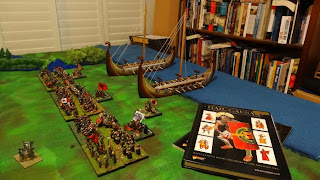 Here are some photos of the Hail Caesar game we played on Friday night. The battle was between a Viking host that had been trapped with its back to the sea and a vengeful Carolingian Frank army closing in for the kill. The Vikings needed to defend their ships. 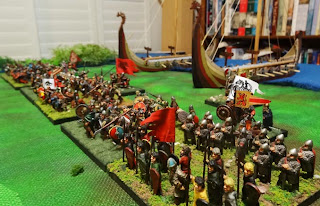 Here is the Viking host lined up with their ships on the beach behind them. The long ships are beautiful hand crafted models made for me by a fellow I know. They are real works of art. 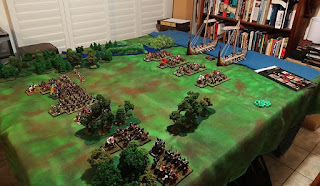 The table with the Frankish army closest to the camera. 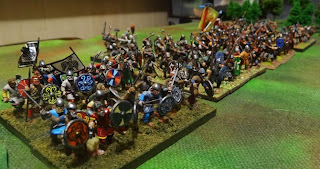 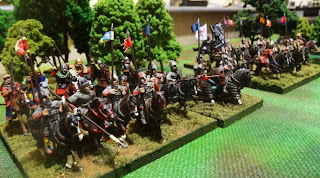 Frankish cavalry - eager to get at the Heathen Vikings. 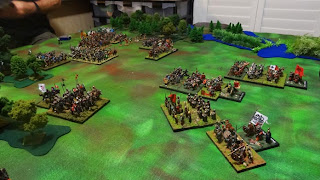 The battle begins. The Vikings have surged forward on the far flank driving into the Frankish peasants who held that part of the line. The Viking center holds its ground while the Viking left flank is refused. The Franks begin an advance with their cavalry. 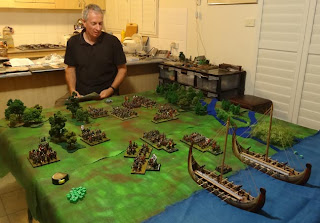 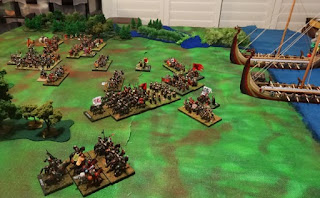 The Frankish horse strike home. In the far distance the Vikings have routed the Frankish peasants. 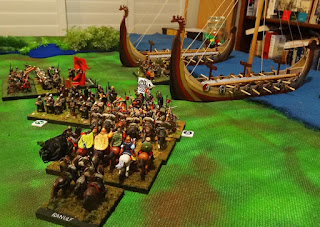 Despite a desperate struggle the Frankish horse could not overcome the Viking numbers and are beaten off. 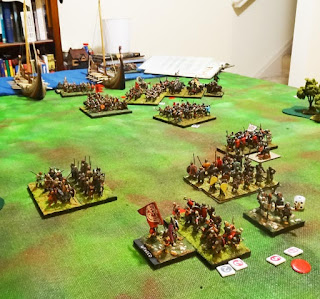 The battle ends with the Franks having lost more than half their army. The Vikings who have lost one quarter of their army thank Odin for their victory. 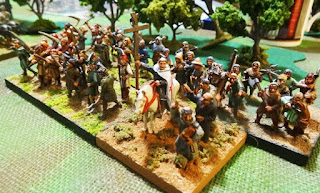 Bother Cuthbert and his loyal flock. We rated the peasants as slightly weaker than mainstream Frank infantry but made them 'fanatics' because of their religious zeal. They actually did quite well considering, managing to hold their ground against the Viking assault for two turns before it all got too much for them.