Hello again.
I've put dribs and drabs of my Ancient Persian army on this blog before but I really wanted some photos of the whole collection to give better impression of the size and scope. They are used as both earlier and later Achaemenid Persians.
There is a mix of manufacturers as I used as many figures as I could gather over about 13 years. The basing was hugely time consuming but it was important in order to make sure everything looked reasonably compatible.
Starting with the various command elements, 7 chariots and 200 cavalry.
I hope you enjoy this part. Next is the infantry.
Cheers,
Mick
﻿

Great King in Chariot and in camp, commander stands and individual commanders or heroes 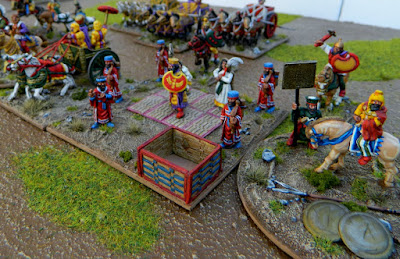 Closer look at the camp base - Foundry, 1st Corps and Old Glory 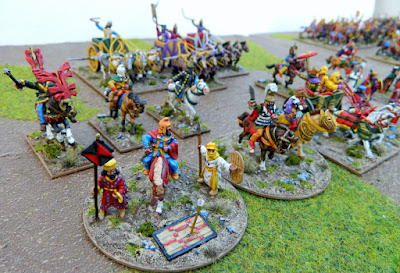 Another angle - the standard bearer in the foreground is a Minifig! 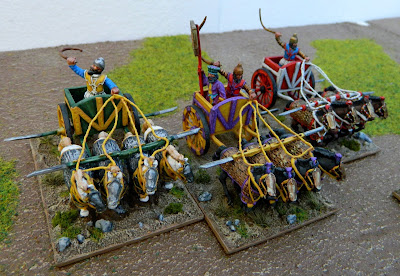 Heavy Chariots - these are elsewhere on the blog. 1st Corps models

Heavy and Medium Cavalry - the rich kids of the army 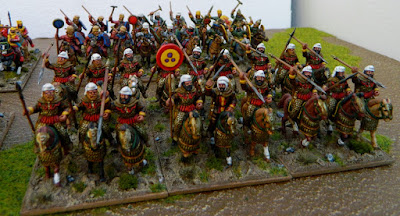 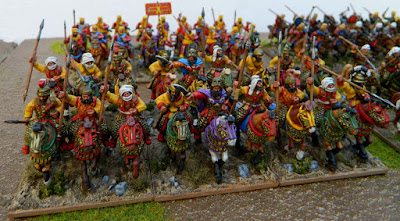 My favourite cavalry unit. Some of my first cavalry figures I painted for the army. All Foundry. I usually class these as medium cavalry 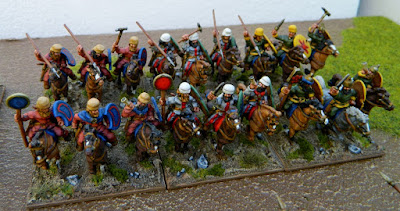 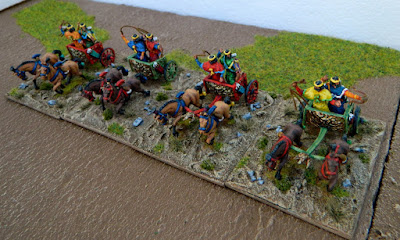 Old Hinchliffe light chariots - only good for using as mobile archery platforms. Fragile in most games 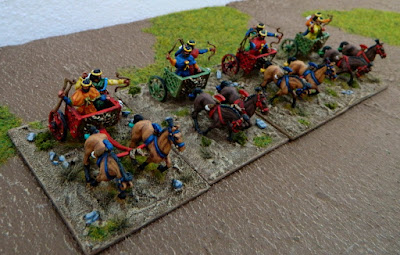 Another view - quite retro looking but I still like them 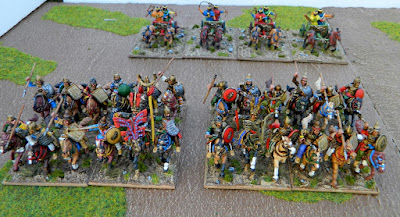 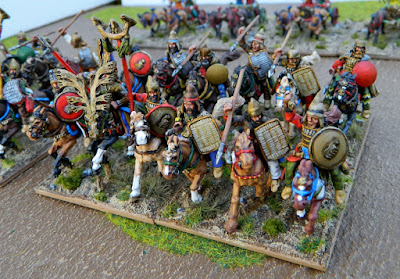 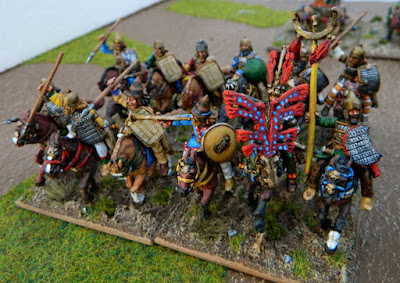 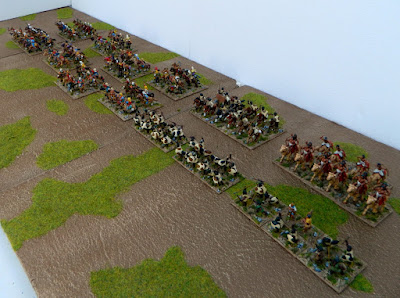 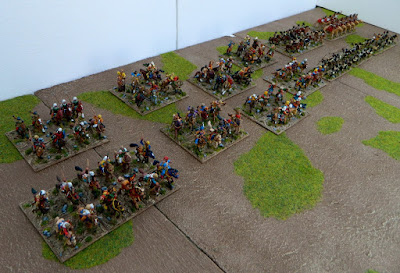 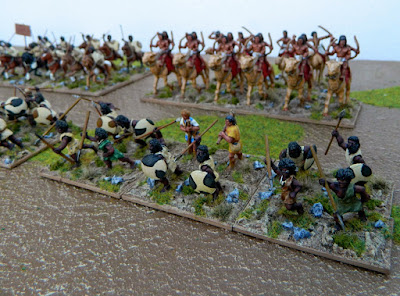 Not cavalry but skirmishers used as part of the 'African' levy 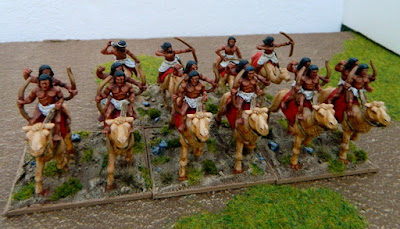 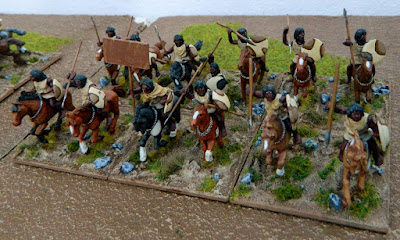 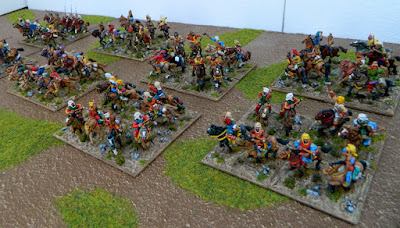 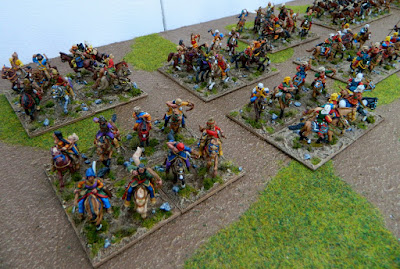 Another view -I can make 4 large units if the need arises. 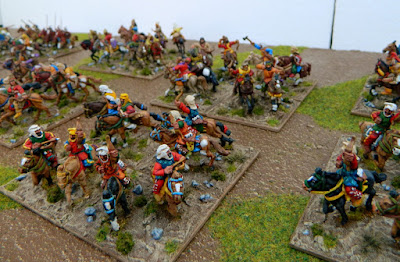 Close up- some dated paint jobs but look ok en-masse 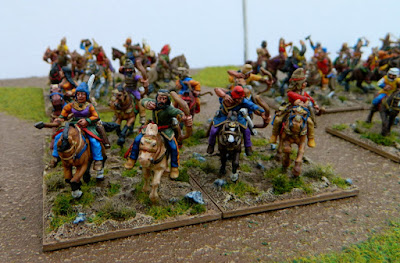 These are Foundry Scythian models 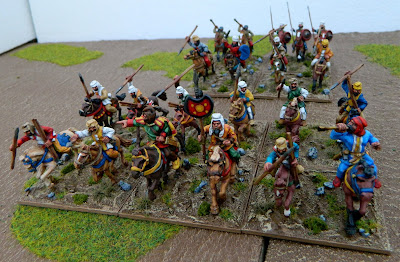 One of the last units put together. Light cavalry, Foundry and Warlord 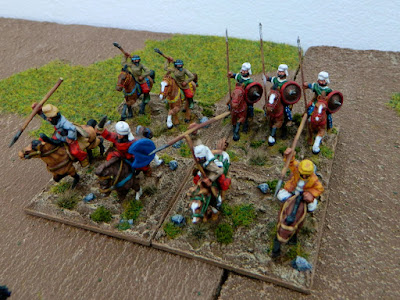 Some of the earliest figures. Hinchliffe and/or Garrison plus Foundry and 1st Corps mashed into a unit 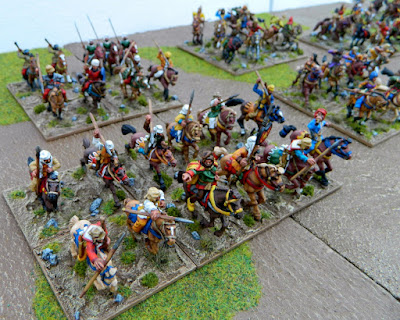 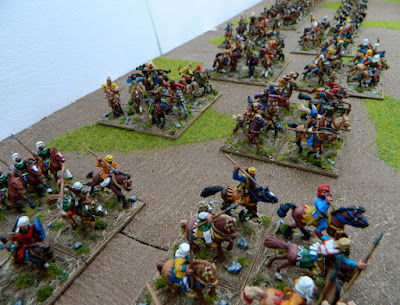 A bit of detail 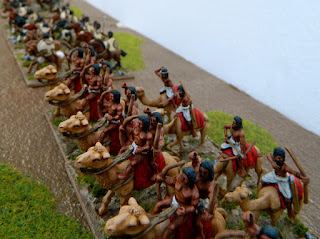